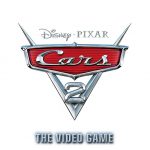 Furthermore, Ralph shared the news that Riptide GP for Android is using Bullet:

“Besides our internal tech there are three key components that made Riptide GP possible:  The Android NDK, Bullet Physics, and FMOD Sound System.  The NDK allows us to write native C++ code which is then optimized for the ARM architecture.  Bullet Physics, which we use for collision detection and rigid body simulation, just worked out of the box.  FMOD Sound System released an Android version of their SDK just in time, which has been working flawlessly since the first release.”